After a brief stint, I will begin posting some bootstrap articles around
Multi Dimensional databases and Tabular.

So if you are working with SSAS, send me your questions via twitter.  And I will post some answers here. Follow @seecoolguy
Posted by Francisco at 8:41 AM No comments:

Introduced in Sql Server 2005, Microsoft's Service Broker is a Messaging Queue for Sql Server.  You can audit tables, trigger events, and even call web services (Using the External Activator).

Follow this excellent tutorial by Dev Kimchi which helps you step by step and clearly explain how to setup your Service Broker messaging queue.

To get started with the external activator you will require the version for the version of Sql Server you are running, click on any of the Microsoft download links and follow the install instructions:

One last thing before you get frustrated installing the External Activator service on a remote server.  At least for the 2012 version, it still required .Net 3.5 installed on the destination computer/server.  If you are trying to install on a Windows 2012 server follow this helpful guide on how to get .Net 3.5 installed now that the latest packs have been released...http://serverfault.com/questions/705702/installing-net-3-5-on-windows-2012-r2


Once you are done with the tutorial and you are happy with the results, you may notice the response queue begins to fill up.  What to do?

http://www.madeiradata.com/service-broker-asynchronous-triggers/
using the logic for closing the dialogs (SB_AT_CloseDialogs) you can set this procedure to clear out any completed dialogs (messages).  only the error messages will remain and allow you to troubleshoot by removing what's been processed.

Enjoy!
Posted by Francisco at 7:52 AM No comments:

But can you Tuna Fish? Database Optimizations worth reviewing

There are always new articles about the web that will offer new ways on how to optimize the performance of your database.

There are hardware focused optimizations that can and do improve your users data access, and you can fix things at the code level too.  Then there is optimizing your database engine to squeeze out every last bit of performance.

Are you just a bit curious on how to get started?


A recent blog article targets many areas in your code that you can mitigate to help deliver the best performance, there are also indexing guides which I don't think I've ever covered in my blog, check it out here:

which covers these topics,

To optimize your existing indexes you can refer to my previous article Boosting Performance and review how to get that database back on track!

cheers!
Posted by Francisco at 8:24 AM No comments:

Keeping it Real (short) How to shrink a transaction log file

The common wisdom on your Database Files is to NEVER shrink your data files.  Space is cheap, but it's worth knowing how to shrink the size of your data files especially when you are running out...

If your transaction log files are growing beyond their disk size, it's important to consider why your log file keeps growing?

Databases Log Files will use space to quickly write to disk the many operations it requires and thus some file growth is expected when you reach beyond the initial sizing of your database.  When you notice continual growth of your transaction log file, you need to start looking at your backup strategy to help manage it.  Did you set your recovery model to the appropriate one?  Should you be performing more transaction log backups?

for more information on the shrinkfile operation, consider reviewing the tech doc at Microsoft. You can also read a little more on your database recovery model  here to ensure you are using the right one for your set of circumstances!


Happy Shrinking!
Posted by Francisco at 3:15 PM No comments: 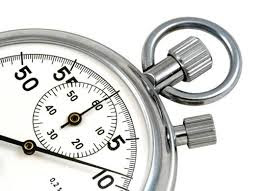 This however can be a lengthy wait if you have millions and millions of records. Not to mention the potential impact on a production system. Instead consider selecting your rowcounts from your system tables

So why am I searching for index smaller than 2? In short from the article below you'll find that pure data pages have indid=0, and clustered index pages and the data pages have indid=1, so searching for this information as < 2 covers us. I also took the liberty of adding a distinct. I've not currently read why sometimes there may be duplicate rows, but the objectid of the table may be different and doing a Distinct helps to narrow the results to data you care about. 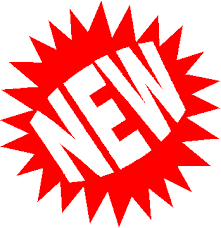 Hi everyone... So some new things are going to be happening with my blog... I'm going to pick some helpful hints that help me and my fellow DBA's with what we do on a Daily or weekly basis. These should be helpful for all but you are more than welcomed to share your experiences on what Tips help you the most. One thing that is comming is an article on Wait times... I had the pleasure of trying out Confio's Ignite software. And while it does some really great things, such as pointing out where the bottle necks are for performance on your server. It can be pretty pricey and really does not introduce anything you can't already do.

I'm planning on rolling out a short but continuous list of I/O wait times what they are and how to use them to boost performance on your SQL Server within the coming weeks, I will not concentrate on Sql Server 2005/2008 alone, I know that is the trend in the tech community but there are still many organizations that use Sql Server 2000, I mean... why upgrade Legacy systems and pay more money when those systems are perfectly fine, and fine tunned? Sometimes all that is needed is a little tunning :)
Posted by Francisco at 10:44 AM No comments:

I had recently been reading a lot about the the wifi issues surrounding the iPad, and though this post is not SQL related, it kinda is for me. You see I was using a Remote Desktop app on my iPad when the connection started to drop out on me. Something new that I had started to experience. I determined that it had to do with bluetooth being enabled. I tried disabling it and the iPad returned to it's normal bandwidth loving behavior... the thing was that I was using a bluetooth keyboard with it to type up my sql... so I had to find an alternate solution...

Solution one... you can actually just turn up the brightness on your iPad and it will keep the wifi from going into sleep mode.. wierd right?

or in my case so I didn't need to fumble around I decided to changes some wifi settings of my TrendNet Router, I found the settings at the macrumors forum,

the settings on my wireless that fixed my problem (apparently permanently)
Posted by Francisco at 8:32 AM No comments:

This is kinda cool. I currently do not have a need for it as my job does not require me to write new tsql code on a daily basis anymore. However, when I used to write ranking code it was always a LONG and TEDIOUS process not really because of the Ranking code, but mostly because of what it takes to get to the ranking code. ARG! My Ranking routine believe it or not consisted of a small segment of code with a CURSOR!

as you can see it's not really elegant but it DID get the job done. IF you need this type of code you may certainly reproduce it for your own Sql Server 2000 needs.

I do prefer the new method of Ranking using Sql Server 2005 (or 2008). That is the Ranking function built right into the TSQL language so the above code would look like this:

I quite like the non-cursor solution, and if you've read other articles by me you'll know that I'm not at all a fan of cursors (they're just plain evil!) :)

For a full tutorial on how to use the new Ranking feature... check out
Ranking Functions in Sql Server 2005 and 2008
Posted by Francisco at 7:25 AM No comments: 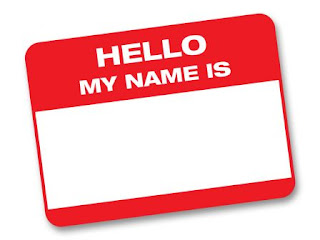 Often when a database needs to be renamed a common tool that I've used in the past was always to use the sp_renamedb procedure. And that's one of the reasons I love the internet, there is always a better way to do something. Take the tips on how to rename your database without the use of this procedure. What is neat about the following article is that it also changes the logical and physical names of the database.
see more at this link...
http://www.mssqltips.com/tip.asp?tip=1891
Posted by Francisco at 7:22 AM No comments:

I eat databases for breakfast!